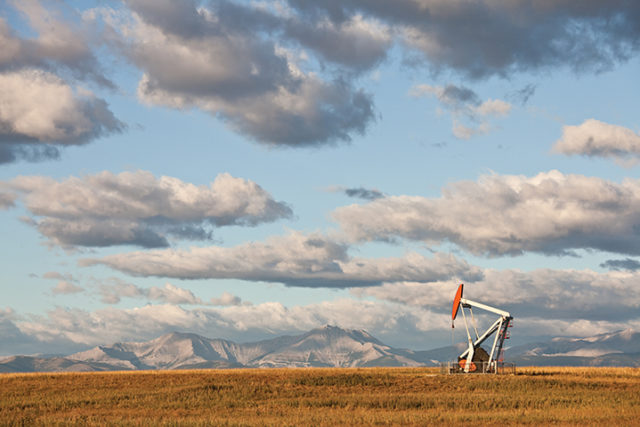 Late in 2016, the Financial Post ran this attention-grabbing headline: “Alberta losing reputation as energy investment destination in wake of higher taxes.” The article, written by Jeremy Van Loon, warned, “Just as its oil and gas producers reel from a price crash and hurdles to pipeline projects like TransCanada Corp.’s Keystone XL, an increase in corporate taxes and a royalties review helped push down Alberta’s position to 38th from 16th in an annual survey of 126 locations by the Vancouver-based Fraser Institute.”

For a province known for its energy production, this popularity drop was a bitter blow, especially for the many companies that provide products, goods and services for the struggling sector.

“Albertans have to keep an eye on our overall competitiveness,” stresses David MacLean, Alberta vice president at Canadian Manufacturers & Exporters (CME). “Within Canada, our royalty and tax structure is fairly competitive, but our energy sector competes globally for investment dollars. Lower cost plays in the United States and elsewhere threaten to draw investment capital away from Alberta, so we need to continually reassess how we compete globally.”

MacLean continues, “From the perspective of the supply chain and manufacturers in particular, it’s a bit more problematic. Saskatchewan and Ontario both have manufacturing and processing tax rates that are significantly lower than Alberta’s, so Alberta manufacturers are behind the eight ball from the outset.

“Alberta is a high-cost jurisdiction, and investment in technology and machinery lags behind the rest of the world. If we want our exports to grow and diversify our economy, we need to take a good look at our tax rates and incentives.

“It begins with a manufacturing strategy for Alberta. In every meeting CME has with public officials, we encourage them to work with CME and other experts to develop a formal manufacturing strategy that identifies our strengths and weaknesses, and develops a set of policies aimed at making Alberta more productive and competitive. For example, we’re looking for what we call a SMART Green Program for Alberta that would provide an incentive for manufacturers to invest in machinery or equipment that reduces emissions and the impact of the carbon levy.

“We also need to recognize the unique nature of the manufacturing sector and bring in a manufacturing and processing tax credit that will make us truly competitive with jurisdictions like Saskatchewan and Ontario.”

“The potential to be competitive on the global energy stage exists; however, political uncertainty and lag in ability to make strategic long-term decisions are significant barriers to success,” Mauthe points out.

“When we speak to competitiveness, we are speaking to how we stack up against other jurisdictions in the world.  Cost uncertainty related to government policies has encouraged investment to leave our province at alarming rates at a time when that investment is desperately needed for us to raise the bar in innovation and productivity.”

What would it take to correct this problem? “Encourage continued investment in the province with a long-term sustainable vision,” he says. “The recent addition of an investment tax credit for manufacturers for a two year period does little to incentivise corporations that look at capital investment in much longer cycles.   Additionally, increased support for R&D, training and continuing the existing accelerated CCA program would assist in increasing our competitiveness.”

Marlon Leggott, chief production officer for Packers Plus Energy Services Inc., has similar concerns. The Canadian-owned company is headquartered in Calgary and has its progressive manufacturing plant in Edmonton.

“Some of the major oil and gas companies are divesting themselves of Alberta and leaving it for the intermediate companies to take over. It puts uncertainly in our long-term strategy and makes us wonder if it’s still best to invest locally when these companies are taking their investment out of the country.”

Leggott would be happy to see changes. “I heard a comment from a government official at a recent industry event, and he said ‘you can’t expect be competitive.’ The attitude of the government seems to be that we can’t and won’t be competitive internationally. They seem to feel that we only need to be competitive with the rest of Canada. That attitude needs to change, and they need to look at helping the manufacturing industry, not continually piling on new challenges. All manufacturing uses energy – a lot of it. It’s a big part of our cost base. Our ability and ease to export needs to be more friendly. [The government] needs to make sure we remain competitive from a labour standpoint. If we are not, jobs are going to go elsewhere—they will not stay in Alberta, or even in Canada.

“Packers Plus has brought automation into Alberta that no one in our industry worldwide has, and now we are thinking, ‘should we continue?’ We’ve got new technology that we are holding off on. We know we have to come out of this downturn running at full speed, and to do that, we need to be putting new manufacturing technology in place now, but we are holding back because of the uncertainty.”

Leggott makes it clear, however, that leaving Alberta is not a decision the company would take lightly. “We are a proud Alberta company. We want to keep manufacturing here. We want to work with governments and agencies, but we haven’t found any avenues to do this. If we become more uncompetitive here though, we will be forced to look at options, which is a shame because we set up an amazing facility in Alberta.”

These frustrations are echoed by CSA Piping Solutions Ltd. president and founder, Clayton Ottenbreit, whose company supplies engineering products along with mainline products to pipeline companies and producers that tie into the mainline process.

Alberta, Ottenbreit says, is not in a position to be competitive on the global energy state. “Alberta doesn’t play ball anymore. Alberta is not open for businesses. It’s hard for large and small companies to do effective business and make large infrastructure investments when the ball is always moving. You don’t know where the next increase is or where the next tax is going to be.

“Business is a hard thing to do. It’s not for everyone. It’s doing the unpopular thing to do the right thing. [Political leaders seem to be] reading Facebook, Twitter and Instagram on people’s opinions about political positions, and that seems to hold more weight, these days, than the things that actually matter.

“When you make it expensive to do business and business owners cannot see the bottom line, they will not invest, or they will find a cheaper way to invest – such as doing business in Saskatchewan, Manitoba and British Columbia.

“For business, it’s about the bottom line. You can be the nicest person in the world, but if you have a guy that is 10 per cent cheaper, you won’t sell. If you want to have a carbon tax to improve the environment and push companies to have more efficient processes or technology, you set that up and say ‘if you meet these guidelines, here are more incentives that increase taxable revenue at the same rate.’ If you can do that and keep the province competitive, you are going to attract business.”

Ottenbreit concludes with a statement that underlines the growing discontent among Alberta’s businesses.

“Making it more expensive across the board to sell anything – oil, gas, farming, grain – is not a good idea. If you cannot generate cash flow, you do have not a tax base. With no tax base, you have to increase taxes. It’s a vicious circle.”