Stantec Tower, the tallest building west of Toronto and a landmark in ICE District, officially opened this fall. In addition to becoming Stantec’s new head office and housing it’s 1,500 Edmonton-based employees, the Tower is also home to Dentons Canada LLP, DLA Piper, and PwC Canada. On top of the 29 floors of commercial workspace sits SKY Residences, which are 483 luxury condos and more than 20,000 square feet of amenities.

“It is exciting to see one of ICE District’s most iconic landmarks officially open,” said Glen Scott, president of Katz Group Real Estate. “We are proud to welcome Stantec employees to their official new home in the heart of downtown Edmonton and continue to showcase how ICE District is shaping the future of our city.”

“Having a large company like Stantec choose the downtown core as its head office speaks to the vibrancy of our growing ICE District,” said Edmonton Mayor Don Iveson. “We look forward to welcoming Stantec’s employees to this new building that will no doubt contribute to furthering their innovation and success.”

In keeping with today’s diverse workforce, Stantec Tower has introduced a number of progressive features, including a multi-faith prayer room, lactation room, and gender-neutral washrooms. Staff are treated to sweeping views of ICE District and Roger’s Place, and minimalism in the office space design encourages collaboration and interaction.

“Stantec employees are extremely proud of our new headquarters, a project that positively reflects the talent, innovation, and creativity of our team members,” said Gord Johnston, Stantec’s president and chief executive officer. “We can already feel the impact that ICE District has on our City, and we’re excited to be part of the transformational revitalization in downtown Edmonton. Stantec was founded as a one-person operation in Edmonton in 1954. Now, as a top 10 global design firm, we are excited to confirm our commitment to the city where our company began.”

Employees of Stantec began moving into the Tower in October and the finishing touches on the building will continue until fall of 2019. When complete, Stantec Tower will reach 251 metres. The Tower complements ICE District’s ongoing evolution, which also includes the recently completed Edmonton Tower and JW Marriott Edmonton ICE District, a luxury hotel with an anticipated spring 2019 opening.

Stantec prides itself on designing with communities in mind, calling itself, “Designers, engineers, scientists and project managers, innovating together at the intersection of community, creativity, and client relationships. Balancing these priorities results in projects that advance the quality of life in communities across the globe.”

Stantec launched in Edmonton in 1954 by Dr. Don Stanley, a Harvard environmental engineering graduate. As with most new grads, he had to work hard to find work in his field. It took 600 letters and 27,000 kilometres of driving across Western Canada, but his search finally took him to Edmonton, where he planted his roots and launched his company. Today, Stantec’s influence spans 17 market sectors around the world.

Learn more about Stantec at www.stantec.com, and about ICE District at www.icedistrict.com.

Our Wishes For 2022: Strong Local Supply Chains and People

Starting Up in the New Year 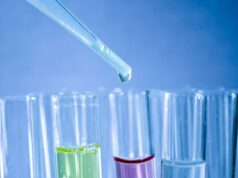