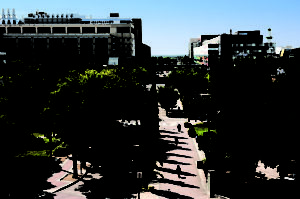 Bill Gates. Steve Jobs. Mark Zuckerberg. Titans of their industry and ludicrously wealthy, they managed to make billions without finishing a college degree. Thanks to our startup culture and social media, these types of success stories are getting shared more and more. Every video and clickbait headline reinforces the idea that all you need to succeed is your wits, some business savvy, and one really, really good idea.

The statistics, however, paint a different picture of your average high school graduate. A study by the Ministry of Labour in 2012 concluded that 47.3 per cent of high school graduates without further education are classified as low income. Average per hour wages are lower across the board for those without post-secondary training of some kind. While Alberta’s unemployment rate remains low, even compared to other provinces, Stats Canada reports that “the unemployment rate is inversely related to education. In all provinces, a person with more education is less likely to be unemployed.” The most recent statistics show that in Alberta, unemployment for high school graduates was 4.7 per cent, while those with any certificate or post-secondary training had a rate of 3.5 per cent.

Heather Christensen, associate dean at the University of Alberta’s executive education department, says post-secondary education is extremely important to success. “As the market gets more competitive, people need to do extra to set themselves apart from everybody else,” she says. “A certificate or specialized training could be the thing that gets them that next promotion.”

Michael Maier, associate dean of master’s programs at the University of Alberta’s School of Business, agrees. “It depends on what program you choose, of course, but continuing education is absolutely worth it,” he says. “In our program, after you factor in opportunity costs, tuition and everything, our students pay is back in less than two years, on average.”

Bearing in mind that MBA graduates are a highly sought after group, this is not the case for every program. Certain degrees don’t offer as clear a path to success as specialized training, but there are plenty of programs that can set you on an entirely new career trajectory in just a few short months. Even just brief training in specialized skills statistically improves a person’s income level.

Continuing education courses don’t necessarily have to move your career path, either. For many, it’s about taking the next step in their careers by getting in-demand skills that will set them up for their next big promotion. “We have a lot of people who come into the program who are looking to make the move to management,” Maier says. “They’ve been electrical engineers or working in a specific industry and they need some practical skills to help them get that next promotion.”

The continuing education programs offered at the executive education department are designed around the demands found in the marketplace. In general, Christensen says companies are looking for people who can lead and people who can communicate. “Companies have long sought governance skills and managerial skills. These have remained in demand consistently in Alberta, even through the economic downturn – anyone who can oversee change, projects, and employees.”

Soft skills are still necessary as well, which Maier says are lacking in the professional world. “We hear about soft skills the most. The ability to interact with other people in a gentle but firm way. It’s about producing top performers who have the soft skills and the technical skills. The approach really has to be part science and part art.”

To this end, the school offers short classes and certificate programs that give students practical leadership and communication skills. Students can take courses on presentations, management, and other studies that help them lead and succeed.

Maier suggests thinking about why you want to take extra training or education before picking out a program, as there are many reasons to head back to school. “We have people coming here to switch careers, certainly, but many come in for many different reasons,” he says. “Most of our students have been out in the workforce and either want to further their career, develop their skills, or simply go back and learn, which is just a valid a reason as the others.”

No matter the reason for heading back, Christensen says there’s no time like the present. “Now’s a great time to go back and pick up some extra skills and credentials,” she confirms. “Alberta’s economy is changing and many people are retraining to make themselves more hireable.”

Most people who head towards continuing education have a vague idea of what they want. Both Maier and Christensen recommend meeting with actual people in the department for additional guidance since they can point you towards the program that gets the results you want. “Most people start with a Google search,” Maier says. “I recommend people come and talk to our advisors before they settle on anything. We’ll ask them what they want out of the experience and point them to the right programs. If their goals can’t be achieved through our programs, we’ll point them to MacEwan University or the Northern Alberta Institute of Technology, or another institution.”

The cost may not be as much as one might expect, either, as programs are available for students and organizations to get the training they need. The Canada-Alberta Job Grant, for example, reimburses students for two-thirds of their tuition on certain continuing education programs, up to a total of $10,000. “All of our programs that are three days or longer are applicable for the grant,” Christensen notes. “It’s a great opportunity to get those extra skills or try something new.”

This money isn’t just available for individuals. Companies can also take advantage of the Canada-Alberta Job Grant. The program reimburses up to two-thirds of the education costs, up to $300,000. Christensen says many companies have been taking advantage of the opportunity. “It helps to transform a business,” she says. “When a large group of people take a program together, it can really help to create a common language, shift the behaviours, and improve the culture.”

While many people love the idea of becoming a self-made millionaire, often the best path to success is equipping oneself with the right skills. A recent article in the Financial Post warns that “no recovery [is] in sight for Canada’s 100,000 unemployed oil workers,” which means our economy needs to change, and its workforce along with it. That means tangible skills combined with great ideas, not just one or the other. As tempting as the Bill Gates and Mark Zuckerbergs of the world may be, their story is the exception, not the rule. 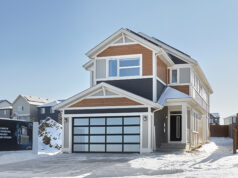